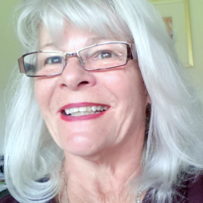 Jan Lowe works as a professional artist and is a signatory member of the Australian Guild of Realist Artists. She grew up on a remote cattle & sheep property in the country. Photography was an early passion, (as her father was a photographer) and during the long sheep mustering, she took the opportunity to be behind the lens. As a teenager, volunteered at a local vet and later qualified professionally as an engineer. Her professional career took her to many continents of the world. In the US, completed her Fine Art Degree from the Academy of Realist Art Boston. Scratchboard & Watercolour are her favourite mediums, however oils and pastels still feature. She teaches in Scratchboard.

Her art is her “story telling”. Encouraged by instruction of local Australian and international master living artists such as Bob Wade, David Taylor, Haley Brown and Robert Bateman (she was fortunate to meet both Haley & Robert during workshops in Canada and US). However, her favourite being the US watercolorist Mary Whyte — her strokes are a delight, there is no other like her and again—Mary is a story teller, her works speak volumes.

Jan is a constant student of Rembrandt and Sargent-consider the eyes of Rembrandt’s self-portrait – the soul and passion WOW! Talking about passion—the more recent contemporary masters—Willem de Kooning—his works can take your breath away—so much meaning and passion and Cy Twombly—perhaps one of the greatest modern contemporary American artists—so much soul.

Convinced that she inherited her passion for animals and the world from her dear late father.

Her works have won many awards and she has exhibited in solo and joint exhibitions since mid-1990’s; and exhibits regularly internationally and throughout Australia.

She has given back to the art community through volunteering for the last two decades and continues to do so.

Every painting tells a story—the moment, the passion the soul …… ..Jan Lowe (wwwjanlowefineart.com) 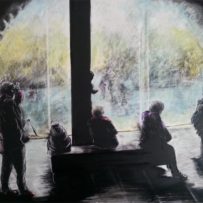 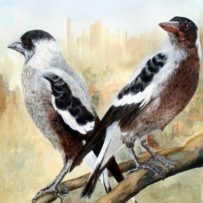 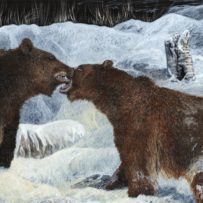 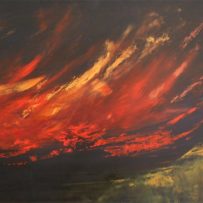 Fire in the Sky - Oil 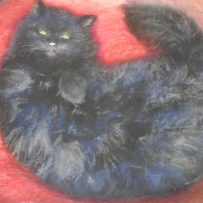 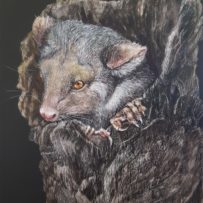