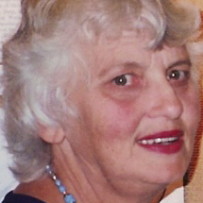 Joan Woods first published work appeared in the Melbourne Age  when she was eleven years old. However, it was not until she had completed a degree of Economics and Social Studies as a mature age student at Deakin University Geelong Campus in Victoria, that she began to write seriously.

Her writing draws on the rich fabric of 70 years of experience. The fantasies, follies and subsequent frivolities of life are realistically drawn in stories and poems which have been published in various journals, magazines and anthologies. Her feature articles are published on the web.